Dr. George received a high-school diploma from the Interlochen Arts Academy and Bachelor of Music, Master of Music, and Performer’s Certificate degrees from the Eastman School of Music, where she was a graduate teaching assistant for Charles Castleman. She holds a doctorate in violin performance and music theory from the University of Connecticut.

Active as an advocate for greater understanding and appreciation of classical music, Dr. George is a host of Lawrence University “Live from the Conservatory” webcast intermission interviews, teaches music appreciation courses at the Washington Island Music Festival and presents pre-concert talks wherever she performs. George received the 2012 “Excellence in Teaching: Young Teacher Award” from Lawrence University. 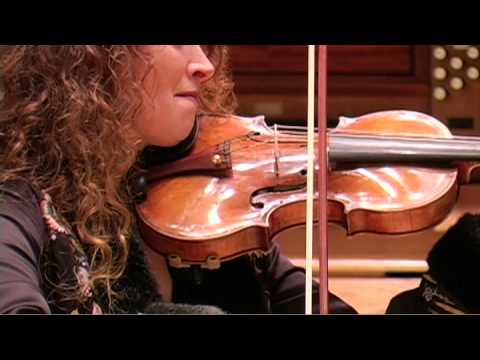