Dr. Matthew Arau is an Assistant Professor of Music, Chair of the Music Education Department and Associate Director of Bands at the Lawrence University Conservatory of Music. He conducts the Lawrence Symphonic Band and student and faculty chamber groups, guest conducts the Lawrence Wind Ensemble, supervises student teachers, and teaches Conducting and Instrumental Methods and Rehearsal Techniques I & II.

Arau has presented clinics on student leadership, rehearsal techniques, and unlocking potential at the following: The Midwest Clinic: An International Band and Orchestra Conference, the Western International Band Clinic, the American Band College of Sam Houston State University, the Conn-Selmer Institute, the Pan-Hellenic Wind Band Conference in Cyprus, the Colorado, Oregon, and Wisconsin Music Educators Association, Midwest Music Seminars, and universities and high schools around the country.  He teaches student leadership at the Metro-Capitol Leadership Academy in Sherwood, Oregon and the Colorado State University Band Leadership Academy in Ft. Collins, Colorado, and he is a Conn-Selmer Education Clinician. He conducts honor bands and honor jazz bands of all levels, is an active concert band, jazz band and marching band clinician, and has continued to be an active jazz and classical saxophonist throughout his teaching and academic career.

Arau earned a DMA in Instrumental Conducting and Literature from the University of Colorado Boulder, a Master of Science in Music from the American Band College at Southern Oregon University, and a Bachelor of Music in Music Performance, Jazz Studies and Music Education and a Bachelor of Arts in Government from Lawrence University in Appleton, Wisconsin.

Prior to pursuing his doctoral degree, Arau was the Director of Bands at Loveland High School in Loveland, Colorado from 2005-2012 where he established the Leadership Symposium for the development of student leaders. The Loveland H.S. Wind Symphony was featured at the Western International Band Clinic (WIBC) in Seattle and two times at the Colorado Music Educators Association Convention. The Loveland Marching Band won the Colorado 4A State Marching Band Championship and the Class AA Championship at the Bands of America Super Regional in San Antonio, Texas. Arau began his teaching career in 1997 as the Director of Bands at Walt Clark Middle School in Loveland, Colorado. The Walt Clark Honor Band was featured at the Colorado Music Educators Association Convention in 2003.

The Trust of Leadership 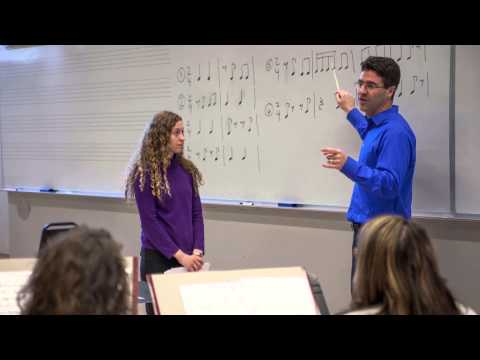