Dale Duesing (a 1967 graduate of the Lawrence Conservatory of Music) is recognized as one of the leading baritones on the international music scene, having scored musical triumphs at major opera houses throughout the world. He has performed at New York's Metropolitan Opera (in major roles including Billy Budd, Papageno, Figaro, Pelleas, Malatesta, etc.), San Francisco Opera, Chicago Lyric Opera, La Scala, Vienna State Opera, Covent Garden, Paris Opera, Hamburg Opera, The Netherlands Opera Amsterdam, Munich State Opera, Berlin Opera, and the Liceo Barcelona among many others. He has been a regular performer at the leading music festivals of the world, including Salzburg, Edinburgh, Glyndebourne, Santa Fe, and Blossom. He has appeared as soloist with the leading orchestras of the world, including the Cleveland Orchestra, the Boston Symphony, the Chicago Symphony, the New York Philharmonic, the Vienna Philharmonic, the London Philharmonic, the London Symphony, the BBC Symphony, the Los Angeles Philharmonic, the Orchestra of Paris, the Concertgebouw, the Berlin Philharmonic, the Santa Cecilia Orchestra of Rome, and the Suisse Romande Orchestra. The long list of distinguished conductors with whom he has collaborated includes Bšhm, Bernstein, Levine, Giulini, Haitink, de Waart, von Karajan, and Ozawa.

Mr. Deusing received a Grammy in 1993, was designated Singer of the Year by Opernwelt magazine in 1994, and was described by Le Monde de la Musique 1998 as "a singer who changed opera in the 20th century. His performances of Wozzeck were a triumph." He has most recently received the award for Best Male Performance in 2000 by the Amsterdam based Friends of the Opera for his performance of Beckmesser in Wagner's Die Meistersinger. Mr. Duesing's repertoire has always included both old familiar roles and unfamiliar new roles, and his most recent and current activities clearly continue this tradition: Johann Strauss' Die Fledermaus at both the Salzburg Festival and the Semper Opera in Dresden; Beckmesser with both The Netherlands Opera Amsterdam and the Frankfurt Opera; Zemlinsky's Der Zwerg at the Paris Opera; the world premiere of WintermŠrchen by Phillipe Boesmans with the Royal Opera Brussels, and later again at the Liceo Barcelona; Janacek's The Makropoulos Case at the Netherlands Opera; and the world premiere of Nicolas Maw's Sophie's Choice at Covent Garden. 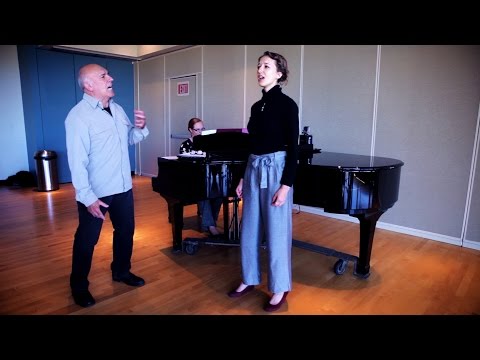