Sound Gatherer--trombonist, composer, didjeriduist, et al, and Professor Emeritus at University of Washington, Stuart Dempster will join Lawrence students and faculty for a performance of Terry Riley's groundbreaking Minimalist masterwork In C. In C consists of 53 short, numbered musical phrases, lasting from half a beat to 32 beats; each phrase may be repeated an arbitrary number of times. Each musician has control over which phrase he or she plays: players are encouraged to play the phrases starting at different times, even if they are playing the same phrase. In this way, although the melodic content of each part is predetermined, In C has elements of aleatoric music to it. 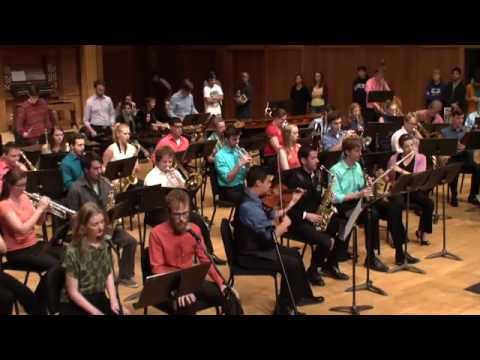 Yarn/Wire is a quartet of two percussionists and two pianists. This instrumental combination allows the ensemble flexibility to slip effortlessly between classics of the repertoire and modern works that continue to forge new boundaries. Yarn/Wire is admired for the energy and precision they bring to performances of today's most adventurous music. The results of their collaborative initiatives with genre-bending artists such as Two-Headed Calf, Pete Swanson, and Tristan Perich point towards the emergence of a new and lasting repertoire that is "spare and strange and very, very new." (Time Out NY)

Composition class, open to the public

Percussion class, open to the public Luigi Nono's La Lontananza Nostalgica Utopica Futura is a richly layered and deeply moving work dramatizing a journey, as both violinist and electronic sound wander throughout the performance space. Miranda Cuckson and Christopher Burns' sensitive and detailed interpretation of the music combines extensive experience (Burns is the only American interpreter of the piece with a decade-plus record of performances) with new discoveries in performance practice (Cuckson is the first violinist to realize Nono's instructions regarding the combination of singing and playing in the second and third sections of the work). Their recording of the work (available from Urlicht Audiovisual) was named as a "Best Classical Recording of 2012" and described as "powerful, strikingly raw... [a] thoughtful, thrilling recording" by the New York Times.

A discussion moderated by Prof. Erica Scheinberg will begin the concert, which will then be followed by a complete performance of the approximately 50-minute work.

Read a review of a recent performance by Miranda Cuckson!

Photos from the event: Named as one of National Public Radio’s listeners' favorite composers under the age of 40, Joel Puckett is a composer who is dedicated to the belief that music can bring consolation, hope and joy to all who need it. The Lawrence Wind Ensemble will perform Puckett’s Shadow of Sirius that  will feature Erin Lesser, Assistant Professor of Music and our Lawrence Flute Ensemble. The Shadow of Sirius, has been performed all over the world and commercially recorded multiple times. Of the recent recording released on the Equilibrium label, Audiophile Audition wrote, “The music ... contains a density within a clarity, polyphony within the simple and – most importantly – is a beautiful and seemingly spiritual work.” 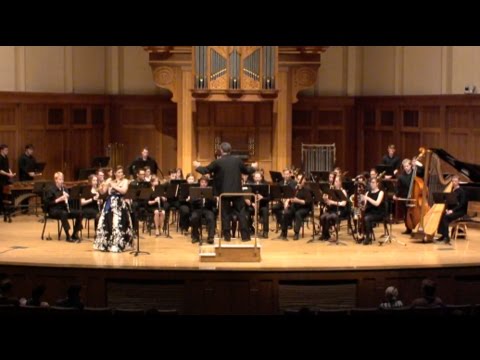