Alumni get chance to reconnect, give back through Bjorklunden seminars 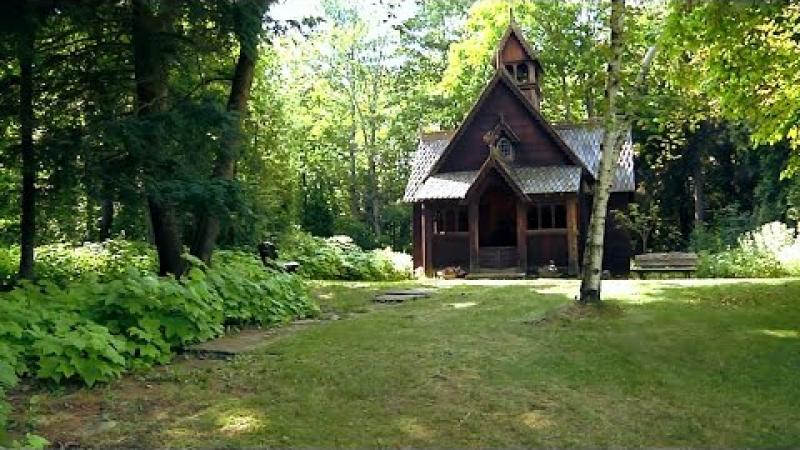 The 2019 Björklunden summer seminar lineup will feature a strong showing by Lawrence University alumni eager to return to their roots at the university’s pristine northern campus.

The lineup features 40 speakers, with topics catering to a wide range of interests. Fourteen of the instructors will be Lawrence alumni. That’s no coincidence.

“We try to get alumni as well as current Lawrence faculty (to teach seminars),” Director of Björklunden Mark Breseman said. “We think it is a positive thing for everybody.

“We figure alumni can attract some other classmates, which is a cool thing, and the same goes for the faculty.”

Robert Spoo ’79, who holds an endowed chair in law at the University of Tulsa and is a former English professor and editor of the James Joyce Quarterly, is among those Lawrence alumni excited for that connection. He’s been a frequent instructor at Björklunden, and returns in June to lead “The Ulysses Starter Kit,” a seminar that will explore James Joyce’s masterpiece, Ulysses, as well as Joyce’s life, Dublin of the early 1900s and Irish history, music and culture.

“There are various ways we can give back to LU,” Spoo said. “One of those ways, for me, is to step into a role — teaching — that had such a great impact on me when I was on the learning side of the lectern. Hardly a day goes by when I don’t borrow something in my own classroom work that inspired me as a student at LU.

“Conducting seminars at Bjork is both an opportunity to give back in kind through teaching and to strengthen my connection as a LU alumnus. It’s especially satisfying when I can teach a subject at Bjork — in recent years it’s been the Irish author James Joyce — that I first encountered at LU.”

This year’s Björklunden seminar topics come in the areas of art, geology, film and television, history, literature, music, politics, religion and more. The seminars are open to both commuters and residents, who are housed in the estate’s 37,000-square-foot lodge, located on 425 acres just south of Baileys Harbor along the Lake Michigan shoreline.

One of Lawrence’s most visible alumni, ABC News chief foreign correspondent Terry Moran ’82, will lead a seminar titled “Americans First: We Don’t Actually Hate Each Other as Much as You Think.”

This is Moran’s third visit to Björklunden as a summer seminar instructor, with previous forums also focused on American politics.

Joining him in the political category is Paul Wickham Schmidt ’70, who is co-teaching the seminar, “American Immigration: A Legal, Cultural & Historical Approach to Understanding the Complex and Controversial Issue Dominating Our National Dialogue.”

The summer seminars at Björklunden allow the lecture-goers to explore the northern campus and engage with the beautiful scenery in Door County.

A daily registration has been introduced this year. For $90 per day,  you can jump into a seminar for a single day.

Complete seminar information, including registration, dates, course descriptions and instructors, can be found at http://www.lawrence.edu/dept/bjork/ or by calling 920-839-2216. Questions can also be directed via email to mark.d.breseman@lawrence.edu.

June 16-21: Timefulness: How Thinking Like a Geologist Can Help Save the World – Marcia Bjornerud

July 28-August 2: Americans First: We Don’t Actually Hate Each Other as Much as You Think – Terry Moran ‘82; The American Civil War: News and Views – James Cornelius ‘81

August 25-30: What Makes a Classic Movie Classic? Learning to Understand the Difference Between a Classic Film and “Just an Old Movie” – Jack Rhodes; The Geopolitics of Energy: Past, Present and Future – Tom Cutler ’73 & J. William Ichord; The Prosecutor’s Art: From the Streets to the Suites of the Oval Office – Steve Licata ’75 & Charlie Schudson