Due to unforeseen circumstances, this event has been postponed. A new date has not yet been determined. We apologize for any inconvenience. 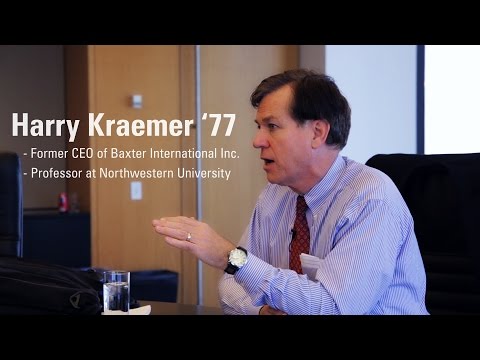 What do businesses want from new employees?

At a time when people wonder if college is worth the cost, hear what business leaders have to say. Panelists will take questions and offer practical advice for high school and college students, parents, counselors and recent graduates.

Edward B. Rust Jr., chairman of the board and chief executive officer of State Farm Mutual® and its principal affiliates, is nationally recognized as a leader of business community efforts to improve the quality of education in the United States.

Rust is a member of the Business Roundtable and The Financial Services Roundtable. He serves on the board of the James B. Hunt, Jr., Institute for Educational Leadership, Advance Illinois, and Chicago Public Education Fund. He is former chairman of the Business-Higher Education Forum and Business Roundtable’s Education Initiative. He served on the National (Glenn) Commission on Mathematics and Science Teaching for the 21st Century and on the No Child Left Behind Commission.

Rust was co-chair of The Business Roundtable for more than seven years. He is also past chairman of the U.S. Chamber of Commerce Board of Directors, the American Enterprise Institute, The Financial Services Roundtable, the National Alliance of Business, and the Insurance Institute for Highway Safety. He currently serves as a trustee of The Conference Board, the Committee for Economic Development, and Illinois Wesleyan University.

Rust is also a member of the boards of directors of Caterpillar, Inc., Helmerich and Payne, Inc., and McGraw Hill Financial.

A graduate of Illinois Wesleyan, Rust holds both juris doctor and master of business degrees from Southern Methodist University. He joined State Farm in 1975 at the company's Dallas, Texas, regional office. He became president and chief executive in 1985 and was elected chairman of the board two years later. He and his wife Sally have one son.

Knapp is a senior vice president of Northern Trust and is senior managing director of wealth management in Chicago, where he leads a team of investment professionals, trust advisors and private bankers serving ultra-high net worth clients. During his career he has served in various management and business development roles at Northern Trust. Previously he was with Stern Stewart & Co. as a consultant to executives of public and private companies, focusing on corporate governance and the measurement of economic value added.

Previously, Knapp spent two years as a commercial pilot. He was a certified flight instructor and piloted photo flights and low-level power line patrols in the Midwest. He also joined his family’s investment firm in Cedar Rapids, Iowa, where he served in roles including client advisor, sales manager, investment banker, corporate strategist and later co-led the process of selling the firm to Wells Fargo.

Knapp is a trustee of Writers Theatre, a nationally recognized theatre company that is building a new $30 million theatre in downtown Glencoe, Ill.

Kent Rose is a 1979 graduate of Lawrence University (English and Sociology). He is Senior Vice President, General Counsel and Chief Administrative Officer of Beam Suntory Inc., producer of famous spirits brands including Jim Beam and Maker’s Mark bourbon, Sauza tequila, Pinnacle vodka, Courvoisier cognac, Canadian Club whisky and Teacher’s and Laphroaig scotch. The company was acquired by Suntory Holdings of Japan in May 2014 for $16 billion and now also sells Yamazaki and Hibiki and other Japanese whiskies.

Kent is responsible for a team of 25 lawyers, compliance specialists and other professionals working in 5 countries for the global spirits company. Among other areas he manages legal, intellectual property, regulatory and government affairs issues as well as business responsibilities and the corporate Secretarial function.

Prior to his current position he held positions of increasing responsibility at Fortune Brands, Inc. including Vice President, Associate General Counsel and Assistant Secretary, where he worked with a broad group of companies including Moen faucets, Master Locks, Aristokraft cabinets, Titleist and Foot-Joy golf, and ACCO and Swingline office products. He was previously employed as a corporate attorney at Chadbourne & Parke in New York, and at Day Berry & Howard in Connecticut.

After Lawrence, Kent designed a joint degree program between Boston University School of Law and the Kennedy School of Government at Harvard University, graduating from both in 1984.

Susan L. Hall, EdD. is co-founder and president of an educational consulting and professional development company called 95 Percent Group Inc.  The company provides consulting and teacher training to districts and schools in how to use early literacy screening data to inform differentiated instruction delivered in small groups to address specific skill deficits. Her company works with hundreds of schools throughout the US including Los Angeles Unified, Baltimore City Public Schools, and many other large and small districts.  Dr. Hall is author of 7 books about reading development. She serves on the Dean’s Leadership Council at the Harvard Graduate School of Education. Susan earned an undergraduate degree from Lawrence University, an MBA from Harvard Business School, and a doctorate in education from National Louis University.  She can be reached at shall@95percentgroup.com.

Jared M. Marchant is an Officer and Marketing Specialist for Northern Trust’s Wealth Management business, based in Chicago. As a Marketing Specialist, Jared provides a broad array of services encompassing competitive market research, content strategy and production, and the development and execution of marketing campaigns targeted to specific segments within the broader High Net Worth population of the United States. Jared works with a group of experienced investment, fiduciary, banking and advisory professionals by developing marketing materials that convey Northern Trust’s capabilities and thought leadership for financially successful individuals and families. Jared graduated from Lawrence University in Appleton, WI in 2013 with a B.A. degree in English Literature. He is a member of the Associate Board and frequent volunteer for Working In The Schools (WITS), a Chicago-area non-profit organization that promotes literacy among elementary-age children.

Andrew graduated from Lawrence in 2006 and majored in history. After graduation, he spent five years playing professional baseball in multiple minor leagues in the U.S., and also served as a player/coach in Australia, South Africa and Europe.

Andrew is currently working as an Associate at McKinsey & Company, a management consulting firm. He graduated from the Tuck School of Business at Dartmouth in 2014.

Jismy Raju is a 2011 graduate of Lawrence University and majored in Spanish with a minor in Economics. Originally from New York City, Jismy came to Lawrence through the Posse Foundation partnership. The Posse Foundation is a non-profit organization that identifies students with academic and leadership potential who might have been overlooked by traditional college admissions. Posse extends the opportunity to pursue personal and academic excellence by placing them in supportive, multicultural teams- known as Posses. Through her continued involvement with this non-profit organization, she now sits on the Posse National Alumni Advisory Council (PNAAC) in Chicago.

As an Associate Account Executive at Travelers (Bond and Specialty Insurance Department), Jismy underwrites and markets management liability coverages for private and non-profit companies, specifically:  Directors & Officers, Employment Practices Liability, Fiduciary, Crime, Kidnap & Ransom, Errors & Omissions and Cyber Liability. In her capacity as an underwriter, she is a Resident Expert who helps facilitate and navigate insurance for risks with international exposure within the Private/Non-Profit business unit. In addition, she also sits on the New to Industry board as a Professional Development Lead and Mentorship Coordinator.