The Lawrence University campus is home to numerous works of public art.

These artworks are unique pieces that provide opportunities for community building and conversation among students, faculty, staff, and visitors and extend the intellectual life of our university beyond the classroom.

The form of  Otāēciah references a crane, one of the five traditional Menominee clan symbols. The perforated and patinaed steel panels, modeled after woodland textile patterns, overlap like a bird’s feathers. Menominee beadwork designs, created with elements of geometric patterns, are prominently featured. The decorative shapes that crown the piece signify ceremonial regalia. The sculpture points directionally toward the present land of the Menominee Nation. The three inside posts supporting the sculpture represent LUNA’s motto: “We stand together— stronger together.” This work was dedicated on Indigenous People's Day in October 2021.

Chris Cornelius is a citizen of the Oneida Nation of Wisconsin and Chair of the Department of Architecture at the University of New Mexico. He is the founding principal of studio:indigenous, a design practice serving Indigenous clients.

Located on the west side of the Wriston Art Center

The trio of structures that comprise part of Aerial Landscape are abstract metaphors for the prow of a Finnish kirkkovene, a “church boat” that was used to ferry rural inhabitants to Sunday Mass. The four lower bollards contrast the heroic triptych, inviting viewers to have a more intimate experience and, as they peer through the darkened glass, a revelation of imagined landscapes inside each box.

Aerial Landscape was taken down in 2010 for much-needed repairs and conservation. Thanks to the support of anonymous donors, Lawrence University was able to initiate a restoration project in the fall of 2013 and all components of the striking sculpture were re-installed in late summer 2014.

A “poet” whose medium was steel

Located on the south side of Main Hall

Located in the Warch Campus Center

This sculpture is in the form of two intertwined, tapering spiral staircases. A winding, indirect path is meant to be a metaphor for the experience of being a student, and the resulting cocoon-shape refers to the supportive environment at this university.

Located in various places around campus, indoors and outdoors

Seven of these sculptures were donated in 2009 by the David Barnett Gallery in Milwaukee; six more will be transferred to Lawrence from the Trout Museum of Art and installed in 2022. Shona sculpture refers to a contemporary movement of stone carved pieces created by trained artists in Zimbabwe. The artists use hard, dense stone including serpentine, verdite, sandstone, granite, and steatite in rich greens, browns, blacks and grays. The contrast between rough cut, textured areas and burnished, high gloss surfaces are a distinctive feature of the carved sculptures.

Learn more about Hawthornden, part of the Milwaukee-Downer College legacy

A Brief History of Hawthornden
About Lawrence

Check out 17 pieces of public art on or near campus

Take a walk across down College Avenue to find a diverse array of public art pieces in Appleton. 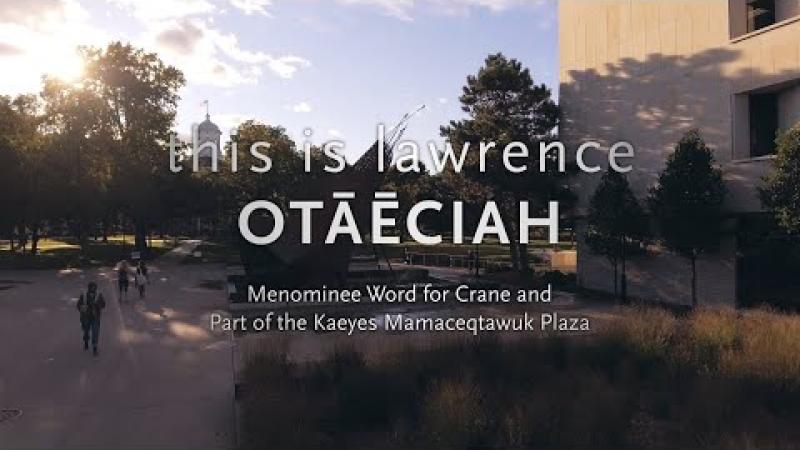 "Otāēciah," a permanent installation on Lawrence's Kaeyes Mamaceqtawuk Plaza, is dedicated to the Menominee Nation and their ancestral homelands (on which Lawrence's campus is located). 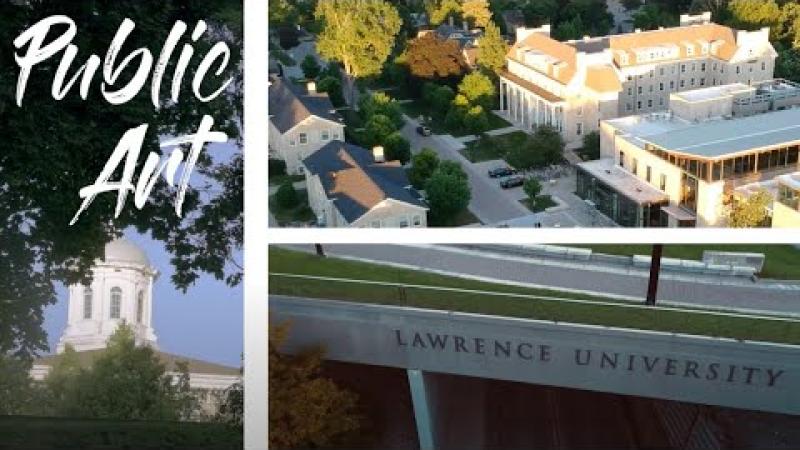 Explore public art across the Lawrence campus and downtown Appleton.