The program in cello study at Lawrence University is designed to provide undergraduate cellists with a comprehensive education in cello performance and pedagogy. Students may select majors in performance, music education and theory/composition or develop areas of concentration outside established programs through student-designed majors. Many students elect to combine majors in the Conservatory of Music or complete two degrees -one in the conservatory and one in the college of liberal arts and sciences.

Students are selected from auditions held on campus and at audition sites throughout the United States. Each cello student at Lawrence receives a private lesson with a faculty member each week and participates in weekly performance classes. After completing a course in cello pedagogy, students may develop their own studios through the Lawrence Academy of Music. All courses, lessons and coaching sessions at Lawrence University are taught by members of the faculty.

Former students of Professor Contreras have gone on to study with such teachers as Richard Aaron, François Salque, and Michael Flaksman. They have continued studies at music programs such as the University of Michigan; Mannheim Musikhochschule; and the Haute École de Musique de Lausanne. His former students have performed and recorded with orchestras, and are successful free-lancers and teachers.

The cello studio of Lawrence University nurtures Lawrence’s mission to educate men and women in the liberal arts and sciences, and is committed to developing intellect and talent, acquiring knowledge, and understanding and cultivating judgment and values that support meaningful citizenship. In this line, former students of Professor Contreras have also continued their lives as Lawyers, Journalists, Industrial Designers, and Art Historians, and have also devoted their musical skills to helping underserved populations. 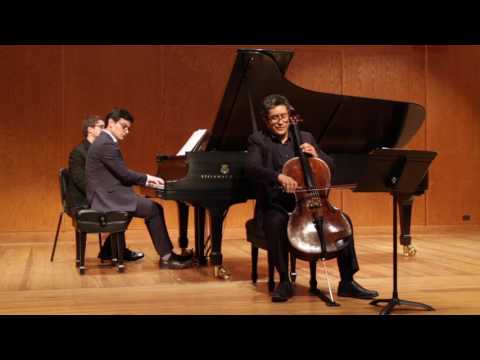 Cello studio and alumni performing Souvenirs by Christopher Ducasse at Björklunden on September 25, 2016 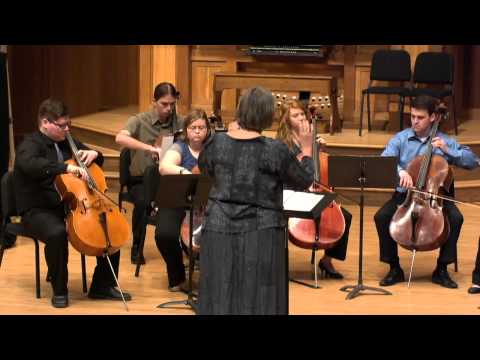