By
Ed Berthiaume
Published
May 11, 2020
Category
About Lawrence

Nearly 1,200 donors have contributed gifts and pledges along the way, pushing the tally to $86.8 million, University leaders announced Monday.

“When we began the campaign, our goal was to ensure Lawrence remained affordable to all students no matter family income. Thanks to the support of the university community, this goal has now been achieved,” President Mark Burstein said. “I am so grateful to every donor whose investment guarantees hundreds of students can attend Lawrence every year in perpetuity.”

The University is working to reach full-need status, meaning it will have the resources to cover 100% of every student’s demonstrated need after other financial aid packages are factored in. Launched in 2014, the ambitious effort would make Lawrence one of fewer than 70 universities nationwide designated as full-need institutions.

Meeting, and then surpassing, the $85 million goal is a huge step forward. More than 300 students have received full-need scholarships to date. The average debt of Lawrence’s graduating seniors has declined by $5,000 since the campaign began even as the University’s comprehensive fee has increased. This lower average debt at graduation is in contrast to the rising debt numbers nationally.

Hitting the campaign goal is welcome news in the midst of the COVID-19 pandemic, said Cal Husmann, vice president for alumni and development.

“During uncertain times, many of us seek out things that help give us hope for the future—FSFN represents that hopeful future as an investment in our students today and for years to come,” he said.

The Full Speed to Full Need initiative, one of the key strategic priorities of the Be the Light! campaign, was jump-started by a $25 million gift from an anonymous donor. Support has flowed in since as alumni and other supporters have responded to the need to make a Lawrence education attainable for all students who qualify academically.

“The way in which this community has rallied around that strategic priority to provide more financial resources for students has been breathtaking in terms of the number of donors, the amounts of gifts, the pace in which we’ve been raising money,” Husmann said. “It has resonated with this constituency unlike any other philanthropic priority.”

FSFN scholarships are aimed at covering the gap between the full ticket price of enrollment and a student’s demonstrated ability to pay, meaning more students are taking out fewer loans to cover that gap. It is leveling the playing field for families with limited resources.

The average student debt for new Lawrence graduates has dropped to $29,504, its lowest mark in 10 years. It hit a high mark of $34,573 in 2015-16 and has dropped steadily each year since the Full Speed to Full Need campaign launched. The percentage of Lawrence students graduating with debt dropped to 54.7% in 2018-19, also the lowest mark in a decade. 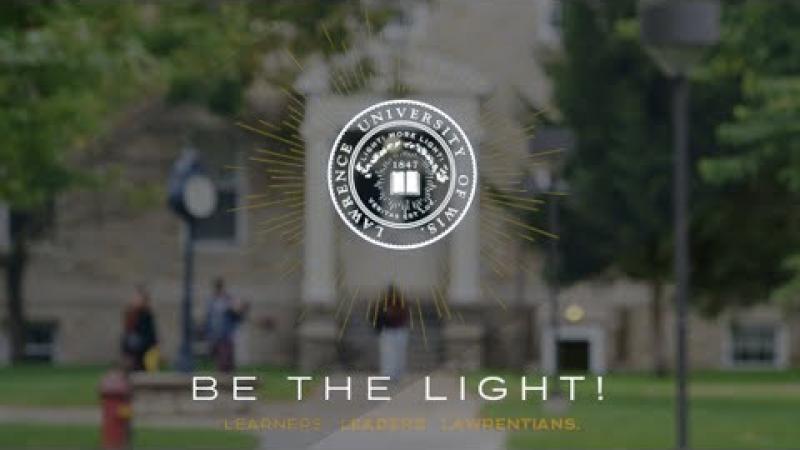 The Faces of Full Speed to Full Need

Watch this video featuring students who received scholarships at Lawrence.

About 70% of Lawrence students receive some level of need-based aid.

Of the Full Speed to Full Need scholarships that have been awarded to date, 61% of the recipients have been students of color and 45% have been first-generation college students.

Dave Blowers ’82, chair of the Board of Trustees and co-chair of the capital campaign, called the support for FSFN inspiring.

“As a first-generation college student at Lawrence who had a financial need and received a significant financial aid package, I personally understand the importance of scholarship support,” he said. “This investment in the future of Lawrence and our students will pay dividends for years to come. I especially want to thank the anonymous donor family that started us on this journey. Their foresight has changed the trajectory of hundreds of students’ lives.”